As a Steakhouse near Milwaukee, we receive a lot of questions about our cuts of steak. What makes them different from each other? What’s the best temperature to serve them? We are happy to answer this question! Below are our common cuts of steak: 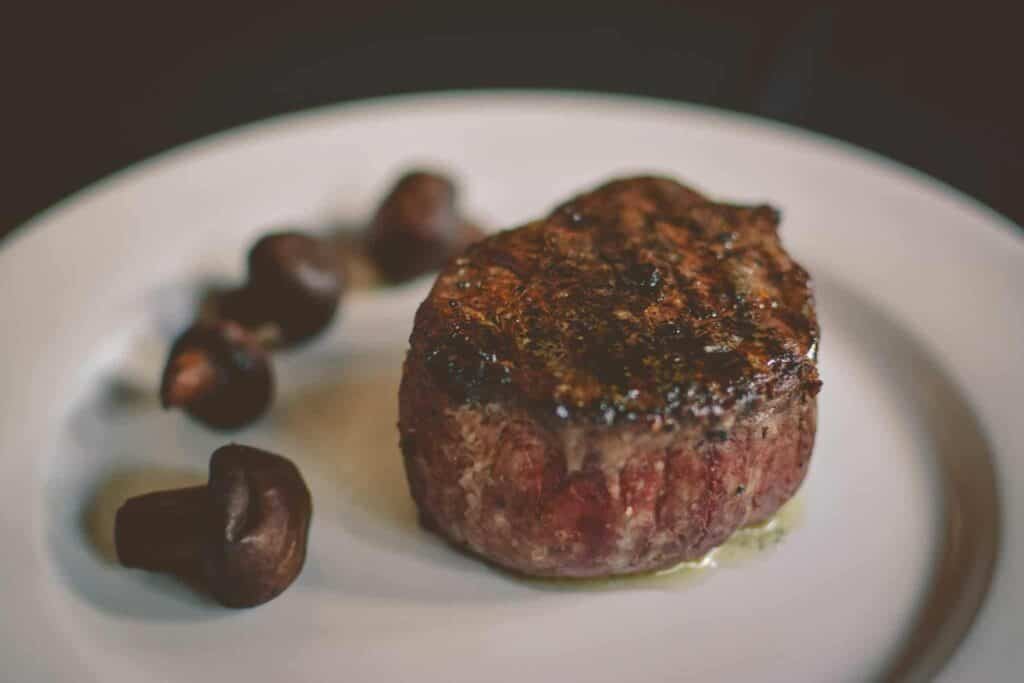 What does Filet Mingon Mean? Where does it come from?

The Filet Mignon is a french word meaning “tender filet” or “fine filet” and is a cut of beef that is taken from the smaller end of the tenderloin, or psoas major muscle on the cow. The tenderloin runs along both sides of the cows spine, and the psoas major is the ends closer to the head of the cow.

The Filet Mignon is a tender cut with a soft, buttery texture and has very little fat content. Because the fat content is low, it tends to have a mild flavor. This cut is ideal for those who love a tender cut of meat or who are looking to get a low fat steak.

What’s the Best Doneness for the Filet Mignon:

Filet Mignon is best-served more on the rare side due to the lower fat content. 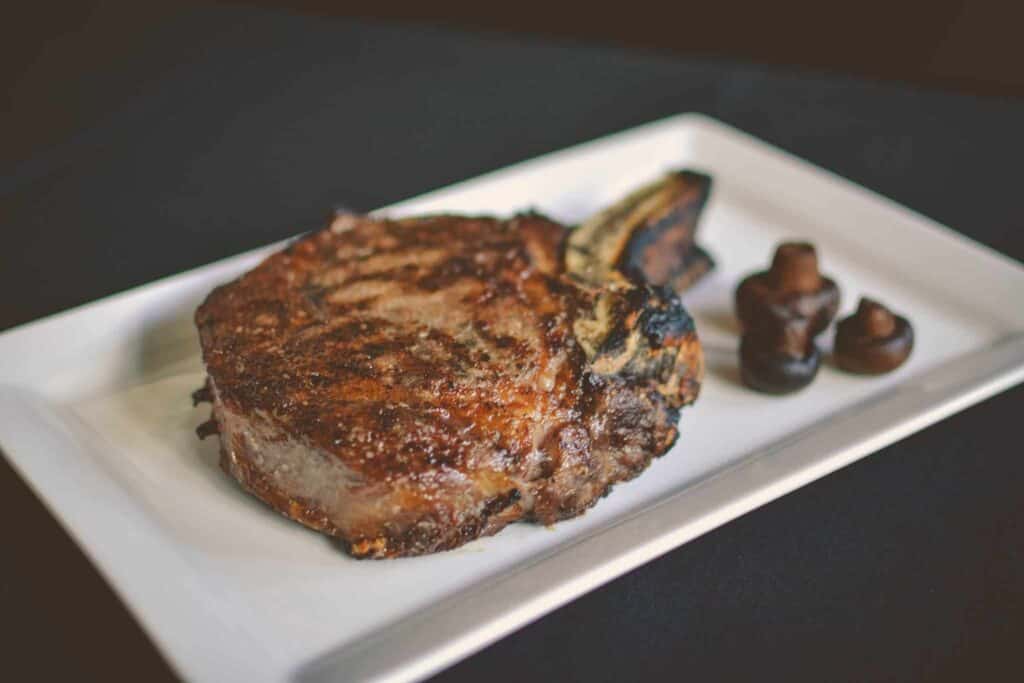 Where does the Ribeye Steak come from?

The Ribeye Steak comes from the rib portion of the cow. Typically, the cut comes from the best center portion or the “eye” of the entire rib steak. This cut tends to have a lot of marbling (fat in between the muscle fibers) and makes for a very juicy steak. The Ribeye can be served with the rib bone still attached (like the Tomahawk steak) or without the bone.

Although not as tender as a Filet Mignon, the Ribeye makes up for that in its robust flavor profile. Fans of the Ribeye also enjoy the taste the high fat content brings to the steak.

What is the Best Doneness for the Ribeye:

Ribeye can be cooked a little past medium due to the high fat content although medium-rare is delicious on this cut of steak. 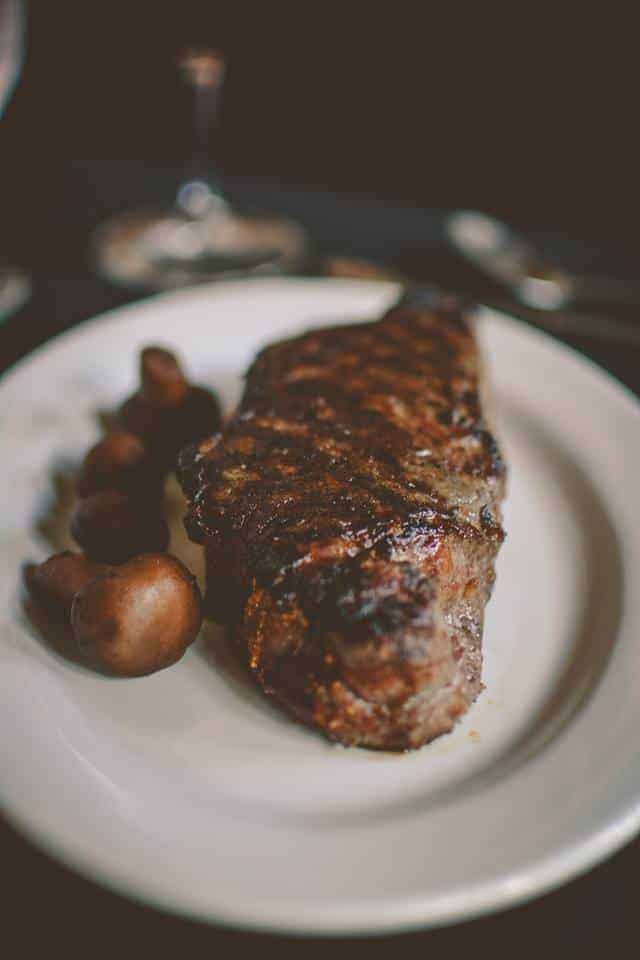 Where does the New York Strip come from?

The New York Strip steak comes from the top part of the short loin behind the ribs – the longissimus muscle of the cow. This muscle is little worked, making the steak very tender. This cut tends to have fat on the edge of the steak and a little marbling throughout – not nearly as much marbling as the Ribeye.

The New York Strip is the happy medium of the strips listed in this article. Not as fatty as the Ribeye, but not as lean as the Filet Mignon. With this cut, expect them to be tender, but not as tender as tenderloin or Ribeyes, but have a great, beefy flavor.

What is the Best Doneness for the New York Strip:

Because of the lower fat content than the ribeye, the New York Strip would be best served medium rare. 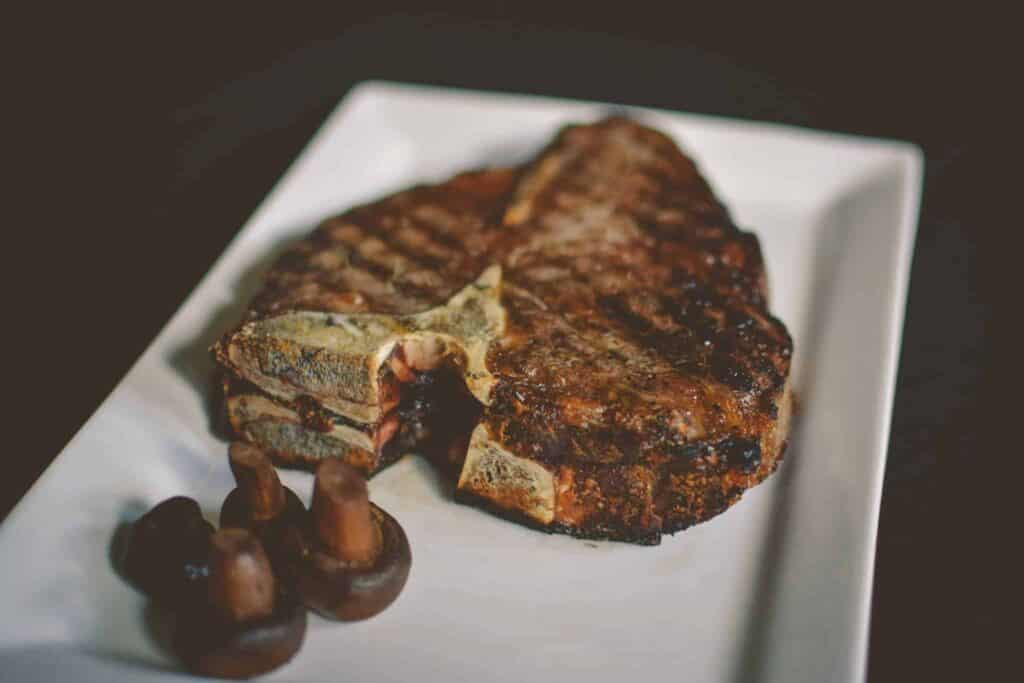 Where does the Porterhouse Steak come from?

The T Bone steak is a cross section of the short loin. This cut has 2 kinds of muscle on it. One side of the T-Bone has the New York Strip and the other has the tenderloin.

With this cut, you get the best of both worlds – the buttery texture of the tenderloin and the robust flavor and juiciness of the New York Strip. T Bone and Porterhouses are extremely similar – both are the same cut, but the T-Bone has a smaller piece of tenderloin on it.

What is the Best Doneness for the Porterhouse:

The porterhouse is most flavorful when it is cooked medium to medium rare.

Now that you’re educated on your steak, stop by Johnny Manhattan’s and order your perfect cut!